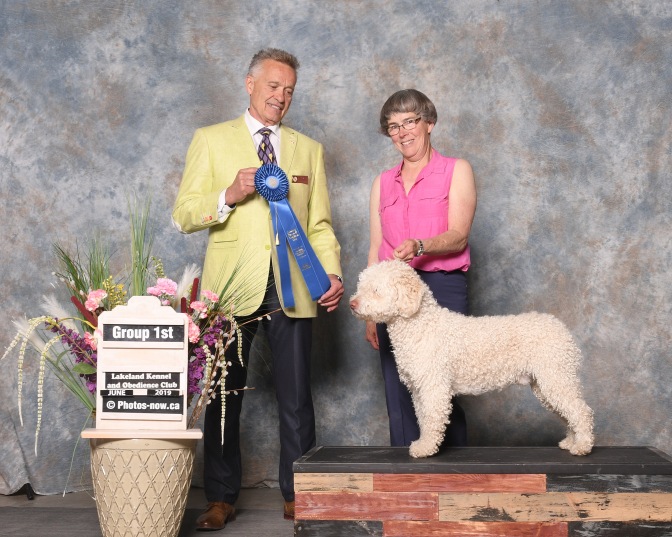 Oro has a wonderful temperament and shows great working ability, and was the first Spanish Water Dog in Canada to be awarded a Group First.  He completed his Rally Novice title in one weekend with scores in the 90’s at just over one year of age, and earned his CDN CH at 17 months. Health clearances: OFA Hips Good, PRAcd Carrier, eoPRA Clear Thyroid Normal, CHG Normal. 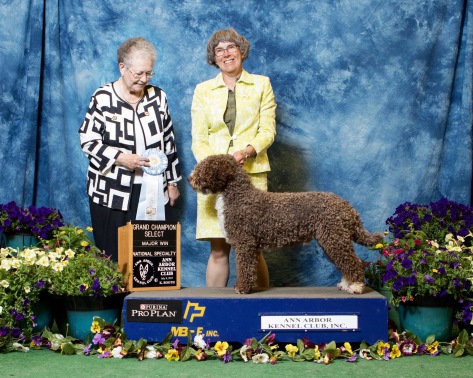 After arriving in Canada from Croatia in late October 2015, Fasu quickly made his mark in the show ring, becoming the top winning Spanish Water Dog in Canadian history, and the first of the breed to earn an American and Canadian CH and then CAN Grand CH. He is a gentle, playful boy who also has had success in performance events with a Rally Advanced title , and Novice Agility titles. Retired from the show ring, Fasu is very happy in a pet home as Brenda’s #1 cuddle buddy. Health clearances: Hips OFA Fair, PRAcd Carrier, eoPRA Clear, OFA Thyroid Normal, CHG Clear, Current CERF – Normal. 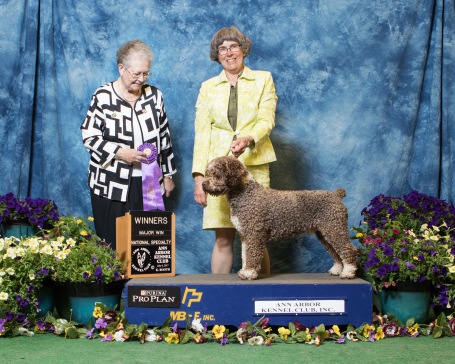 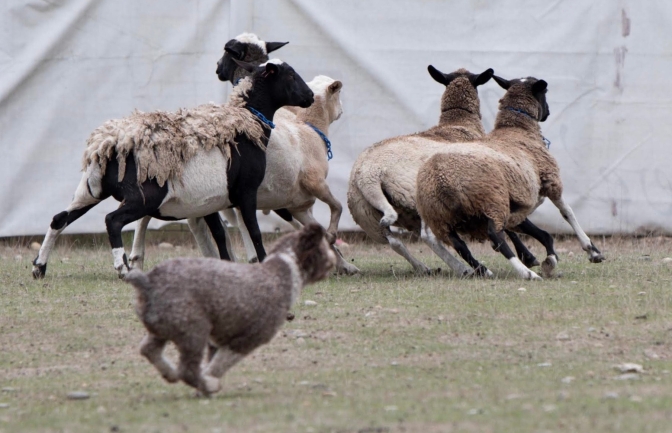 Hudson thrilled us in 2019 by winning Best of Breed at Westminster Kennel Club after finishing his American CH two weeks earlier.  Imported from Croatia,  he started his show career in Nov 2015 at 3 1/2 months by winning the Baby Puppy Sweepstakes at his first show, and a Group 2nd at 11 months. He completed his Canadian CH at 17 months, and then went on to earn his Cdn GR CH. He finished his Am CH with sequential majors at Rose City in Portland OR.  Hudson has demonstrated his versatility as a performance dog, with titles in three venues – Rally, Agility and Herding.  Health clearances: PRAcd Clear, eoPRA Clear, CHG Clear, PennHip 30th percentile, OFA Hips Excellent, OFA Thyroid Normal, 2018 CERF completely normal.

The first Dual Champion (Agility & Conformation) SWD in North America, Chase earned titles in many disciplines in North America (Obedience, Rally, Started Herding, and CKC Agility, and CKC CH). He set the bar high for the number of titles for a single Spanish Water Dog. ‘Chase’ taught me more about working with dogs than all of my other dogs combined.  He arrived at 11 weeks of age in March 2007, and quickly demonstrated his desire to learn and work, and has passed his work ethic on to his offspring. Thank you Bethany Clark for this wonderful dog. 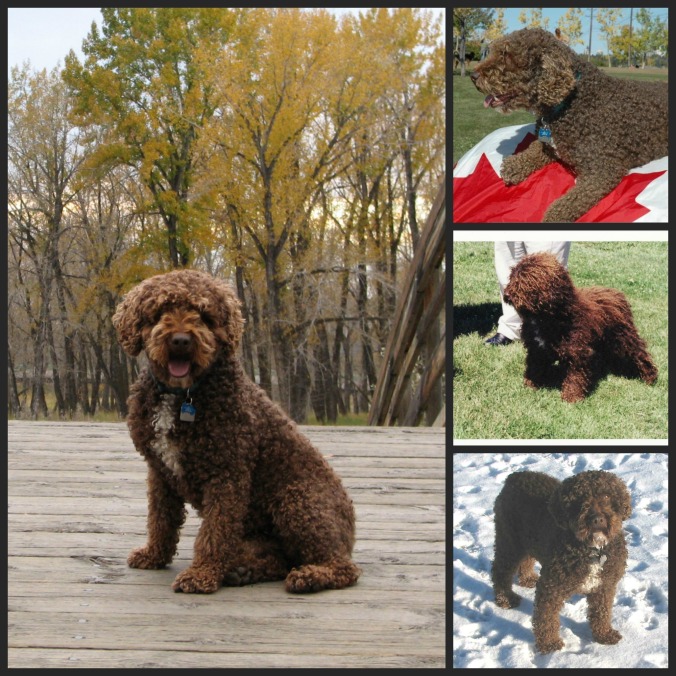 One of the first Spanish Water Dogs to be shown extensively in the US, “Goli” came to us at age 3 and inspired my passion for this breed.  He was the ultimate gentleman, and I thank Connie O’Hara for the privilege of allowing me to bring this dog home.  Goli and Chase are featured in an article in the February 2019 issue of The Herding Dog Digest.